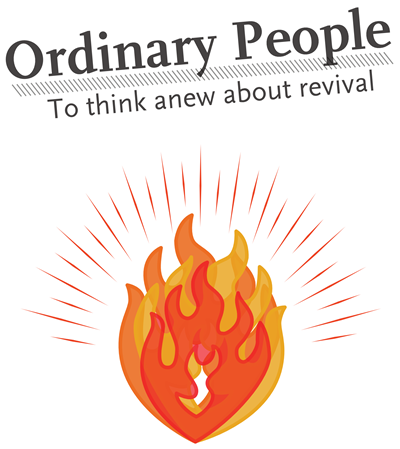 My pastor made an interesting remark the other day: “Many of us have mentioned that one day when we get to heaven we would want to ask some questions to our Old Testament heroes”. His argument, however, was that according to the Bible, the opposite may be true. Daniel, Moses, or Elijah might just approach us and ask, “Tell us what was it like? What was it like to experience the salvation of Jesus first-hand and to be baptised with the Holy Spirit he had sent after he ascended?” (cf. Joh 16:7-14, Heb 11:39/40)

Paul said that if Moses’ ministry was glory, how much more glorious will the ministry of the Spirit not be? Jesus said something very strange in this regard, namely, “Most assuredly, I say to you, he who believes in Me, the works that I do he will do also; and greater works than these he will do, because I go to My Father” (Joh. 14:12 my own emphasis). We already know that Jesus said that it is beneficial for him to go to his Father because He will then send the Spirit. Our “doing greater things” is therefore in the context of the Holy Spirit who had been sent.

Back to the original question, “What will I be able to tell Daniel, Moses, or Elijah about my own experience that will be greater and more glorious to them than their own experiences?” What do you say to people who shut the mouths of lions, passed through the sea as if by dry land, or had been taken up by a chariot of fire into heaven?

Perhaps all I can possibly tell them is: “There was a country that was economically beyond council, it was terminally ill from corruption at a time when “false news” was the order of the day. Social media and media houses have suppressed the truth so that, humanly speaking, it had become impossible to know what was true.

Then it happened, a revival started under the radar. The Holy Spirit came over families, met people in their inner rooms, and gave them wisdom, understanding, and advice ... and after that, nothing was ever the same again!

Perhaps Daniel, Moses, or Elijah would be amazed at such a story. His Spirit - the Creator Spirit, the Spirit that raised Christ from the dead - on ordinary people! Moses’ longing in Numbers, “Oh, that all the Lord’s people were prophets and that the Lord would put His Spirit upon them!” had been fulfilled. I wonder if at the time he could truly understand the possibility of such a wish.

Ordinary people who become superlative people and save an entire country from ruin. Who says something like this is impossible? -RHR