END_OF_DOCUMENT_TOKEN_TO_BE_REPLACED

The meaning of the Sabbath of God

In Christian tradition, and especially that of the Western church, the creation event is generally presented as only a six days’ work, while the completion of creation on the seventh day is much neglected, or even overlooked altogether. Therefore it is necessary to present a more complete perspective on the Sabbath as presented in the Biblical creation narrative, the history of Israel in the Old Testament, and that of the church in the New Testament.   This perspective is in correlation with the progressive revelation of God as seen from Creation, the Fall, the Old Testament, the New Testament, the Return of Christ, up to the eternal heavenly rest of God (Sabbath).

In order to deal with this threefold view, the Sabbath is divided into three categories:

The intention is not to differentiate between three different and autonomous Sabbaths, but to appreciate the one Sabbath of God from these three phases or accentuations in the progressive revelation of God:

END_OF_DOCUMENT_TOKEN_TO_BE_REPLACED

The Law of God and the Fruit of the Spirit

Prof Francois Möller gave the following presentation at Auckland Park Theological Seminary during the one-day seminar on the Holy Spirit on the 18th of October 2016.

As far as the Law of God is concerned, also called the torah of God in the Old Testament and later translated in the New Testament with nomos, we refer to the will of God. For the Jews torah was seen as the direction in which God’s finger points. In other words, torah is an expression of the will of God for man. Therefore, it stands to reason that the Law of God can never be seen as something that has fallen away or having been abolished. The will of God cannot be dealt with like that! 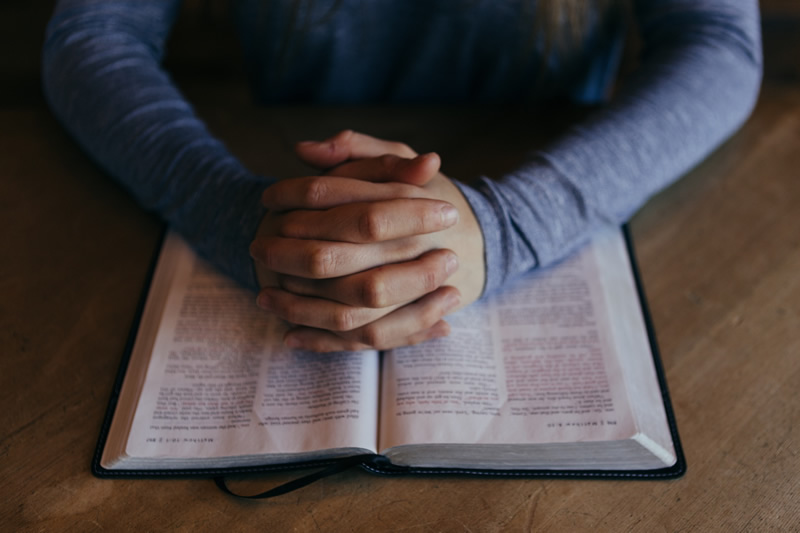 END_OF_DOCUMENT_TOKEN_TO_BE_REPLACED

The sacrament of baptism in perspective

Baptism should be understood in terms of Christ – in Him we find the truth of every Biblical doctrine. To understand the sacrament of baptism, one should therefore start with how Christ was baptized, and what He has said in this regard.

The Bible refers to two events where Christ was baptized, and we are going to discuss both events in order to give us clarity concerning the sacrament of baptism. 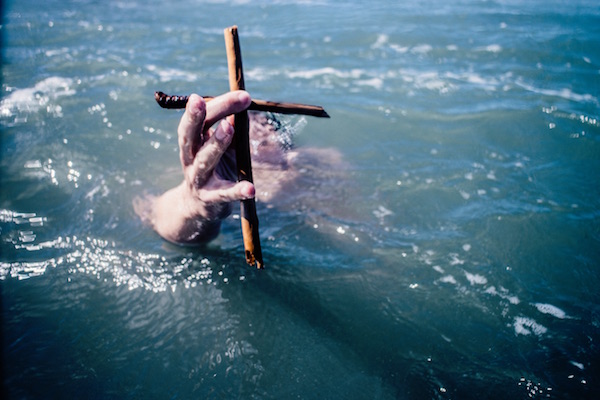 END_OF_DOCUMENT_TOKEN_TO_BE_REPLACED

The act of forgiveness is one of the most powerful occurrences conquering the reality of sin and its destructive fruits as manifested in broken relationships with God and man. No wonder the strong biblical emphasis on forgiveness as an act of God, but also expected from man.

Forgiveness is sometimes identified as an act of “sending away”. God “sends away” what man has done in violation and disavowal of his will, and receives man back into uninhibited fellowship. Also man’s forgiveness to one another is seen as an act of “sending away” what has become between him and his neighbor. To “send away” is indeed an important aspect of forgiveness, and relates to the Greek verb άϕιέναι (to send away; to forgive) as mainly used in the gospels. However, that which is central to forgiveness cannot in the first instance be determined by semantics, but rather what God has done in Christ to move towards us in brokenness and sin whilst inviting our repentant response.

END_OF_DOCUMENT_TOKEN_TO_BE_REPLACED

A reconciled world – when will it no longer be an option?

Our dangerously polarised world is of great concern for the United Nations.  The world cannot afford any form of tension that may lead to a third world war. We have produced weapons with the potentiality to destroy all life on our planet, with possible devastating consequences if these weapons fall into the hands of irresponsible people like terrorists. A reconciled world on every level of our existence has become crucial.

In 2005 Kofi Annan appointed Karin Armstrong (a former nun and theologian of the Roman Catholic Church) to partake in the United Nations initiative “The alliance of civilisations”.  In 2008 she was rewarded the Franklin J. Roosevelt Four Freedoms Medal for her work on religious liberty.  In 2010 she published a book of great impact: The Case for God – What religion really means. Reading her book, one noticed that Armstrong is well aware of the danger of a third world war, and also that many wars are started due to religious convictions and differences.  It is clear to her that a reconciled world is indeed crucial but will remain a futile dream unless the different religions are also willing to reconcile with each other.

In her effort to reconcile the different religions, Armstrong is realistic enough to accept its diversity and each one’s firm conviction that they worship the only true and real god or gods.  So, a way of reconciliation should be found in spite of diversity and strong dogmatic differences.   Very “cleverly” Armstrong found a way by emphasising that the main religions of this world commonly believe that God is not creation but creator, and that creation is unable to describe or understand the creator.  She writes:  “He (God) was not good, divine, powerful or intelligent in a way we could understand.  We could not even say that God ‘existed’, because our concept of existence was too limited.  Some of the sages preferred to say that God was ‘nothing’ because God was not another being. You certainly could not read your scriptures literally, as if they referred to divine facts.” (p. 2).  In saying this, she has put God so far out of man’s reach and comprehension that man can say almost nothing about Him.  When religious scriptures do talk about divine facts, it should not be seen as facts, but rather mythological speech that was typical of the primitive man to give expression to the unsayable God.

The outcome of such reasoning is that no religion dare speak about God in terms of rigid dogmatic facts.  God is not to be understood, but to be experienced.  Armstrong is convinced that regardless what religion you belong to, if you fully partake in the different rituals and liturgical acts, you will come to the ‘knack’ of religion, that is a form of “ekstasis”, in which you will experience God.  That is common to all religions and will satisfy one’s deepest longing for God.

In other words, according to Armstrong, God is seen to be unreachable and far away that all religions can identify with Him.  In fact, we then all worship the same God, and also experience the same God in the ‘knack’ of our specific religion!  And that is what religion is all about.  Therefore, we should develop an attitude of tolerance and understanding in terms of other religions – worshiping the same unknown God within the realms of their history and cultural background.  If we begin to understand this, we will stop trying to convert people to our religion, and show respect for the way others worship God.  We should not be in conflict with each other, just different in our approach to God.  If we truly understand this, then reconciliation in spite of diversity is possible.  It is only fundamentalists that are exclusive in their religious convictions, and we should steer away from that.  It can no longer be tolerated in our indeed dangerously polarised world!

It is important to understand the Karin Armstrong’s view is common to many leading and influential people of the world, and also many theologians.  One can accept that religions will experience pressure to become more and more inclusive in their views of other religions.  If any religion is antagonistic to other religions, persecution will inevitably be its future.

The Bible is real on Jesus

In contrast to this viewpoint, the majority of Christians do believe that Christ is the only way to God (John 14:6) and that the Bible is not mythological speech, but a book that witnesses to the reality of God and his plan of salvation.  This is done in an authoritative and relatively clear way.  By reading the Bible it is obvious that the pronouncements made about God and salvation are meant to be taken as something real and not as some sort of mythological statements.  Actually, the way in which the Bible is written, makes it impossible to see it as mythological statements.  The Christian religion is therefore, by nature, not inclusive but exclusive in terms of other religions.

We do accept that it is difficult to talk about God, and that He indeed transcends our greatest thoughts and words about Him.  However, this does not mean that we can say nothing about Him.  It is rather a case of not being able to say enough about Him. For example;  the Bible tells us that God is love (1 John 4:8,16), and that is true regardless whether we do or do not understand the real meaning and depth of love.  God is willing to clothe Himself in His self-revelation with broken and insufficient human words and thoughts.  This, however, does not make His self-revelation false or mythological, but only incomplete.

Reconciliation only through Jesus

The necessity of a reconciled world is understandable, but it is something that cannot be achieved by imposing a specific way of thought or ideology.  Reconciliation between man and man starts with reconciliation with God through Jesus Christ.  Only those who are reconciled with God can live in true reconciliation with one another.  True reconciliation is impossible between man and man whilst his heart is sinful and enslaved by ungodly things.  The Biblical truth of Proverbs 4:23 cannot be ignored:  “Above all else, guard your heart, for it is the wellspring of life.”  Man’s heart is the problem, hence the Bible’s prediction that this world will not become a better place but a worse place.  For as long as man ignores the reality of sin and his need for deliverance and reconciliation with God, his best efforts will fail.  May God help us to be faithful and zealous to His plan of reconciliation through Jesus Christ our Lord!

Auckland Park Theological Seminary (“ATS”, for short) is the oldest Pentecostal and charismatic theological seminary in Africa. The seminary is an academic institution and has been engaged in theological training and education since 1945.

Theme by Anders Noren — Up ↑